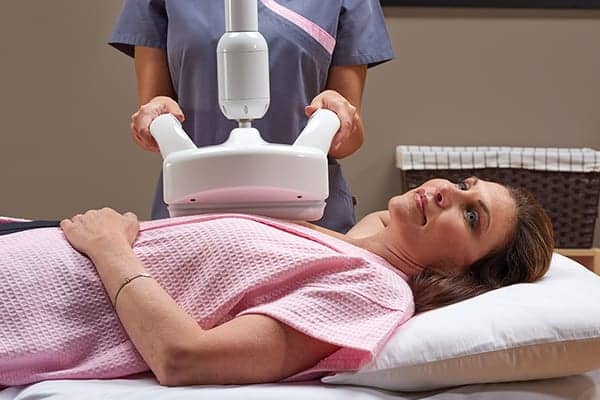 ABUS from GE Healthcare, which is currently in its fourth generation, creates a volume of the breast for the radiologist to review—and it’s different from hand-held ultrasound, according to Delaney. “It separates acquisition from interpretation and allows the radiologist to fully analyze breast tissue and virtually rescan the patient, if needed, compare to prior exams, and view from the perspective of the coronal view,” he says.

In terms of the patient experience, ABUS is a comfortable scan where the woman lies on her back and an operator positions the patient with her arm over her head on the side being scanned, says Delaney. For coupling purposes, lotion is applied to the woman’s breasts before the scan occurs.

During the scan, a 15-centimeter reversed curve transducer conforms to the woman’s body and the operator applies light compression. Compression is adjustable according to the patient’s comfort, he adds. An average exam, which takes approximately 15 minutes, includes three sweeps of the transducer over each breast. The images are then sent to a radiologist for interpretation.

Delaney stresses that no ultrasound operator skills are required, since the ABUS scanning system is easy to operate; specifically, it automatically focuses and adjusts gain. Still, he says patient positioning is key to a good scan. “That’s why mammographers are well suited to performing the ABUS exam. We provide both the applications training onsite and have a comprehensive program for radiologists to learn to read ABUS,” Delaney tells AXIS. He adds that ABUS workflow mimics mammography workflow.

“Women across the globe with dense breasts are basically being given an ‘all-clear’ on their mammogram, even though mammography is only about 65% effective in seeing cancer in women with dense breast tissue,” Delaney says. “Adding ABUS to a mammogram increases overall sensitivity to about 85%, basically giving them an equal chance to having their cancer found as women with fatty breasts who just need a mammogram.”

According to GE Healthcare, its ABUS solution is the only FDA-approved ultrasound device for supplemental screening of dense breasts. While the company wouldn’t reveal the number of healthcare organizations using its ABUS solution, Delaney says it’s in use by breast imagers around the world.

The company presented a December 1 session called “Automating Breast Ultrasound: A Live Experience: Presented by GE Healthcare” at the Radiological Society of North America’s (RSNA) Annual Meeting, which took place in Chicago from December 1 to 6. 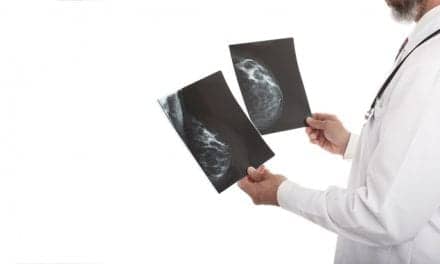