A great deal has been written and said about cost-justifying picture archiving and communications systems (PACS). A multisite PACS can cost as much as $5 to $10 million, with some implementations stretching out over a decade. The only way to ensure the maximum return on a PACS investment is to have clear objectives for implementing the system and baseline data against which to measure cost savings and productivity improvements. A good business case will provide these benchmarks, but may not project a positive return on investment (ROI) based strictly on hard dollar savings. Yet many institutions recognize they have to implement PACS, even when ROI and payback calculations do not seem favorable.

From an information technology perspective, PACS have become a strategic imperative. Faster access to images and other improved efficiencies in radiology will have a positive impact on operations downstream in the treatment path, and should shorten report turnaround time, patient length of stay, and even the time it takes to receive reimbursement. Productivity benefits and reductions in data entry errors, lost films, and lost billings will all translate to cost savings and quality improvement. Access to data for utilization, performance, and outcomes analysis will become increasingly important, especially in capitated, managed care environments. Though difficult to quantify, benefits that go beyond radiology are substantive.

Ultimately, PACS/hospital information system (HIS) integration may become the crux of the electronic medical record. A proactive approach to PACS can be the foundation on which regional health care networks are built and internal networks are developed to support the integrated delivery of services. Yet many chief financial officers (CFOs) continue to reject PACS proposals or put them on hold indefinitely.

The problem may lie in the method of financing the implementation rather than the cost-to-benefit ratio. Radiology tends to think in terms of capital investments. Radiologists and radiology managers are experts at buying equipment that has a predetermined life cycle, where total costs of ownership are known and the unit has residual value at the end of the finance term. Acquisition of a CT scanner, for example, fits the financial model for a capital purchase because it increases the asset base and has a predictable future.

But PACS are entirely different. It is not possible to offset the purchase price through revenue generation. The costs of ownership with PACS are uncertain, the financial benefits are completely dependent on reducing film usage, and reductions in film use are contingent on the systems’ functionality and performance. System interfaces are a critical issue, as productivity gains and workflow improvements are tied to the operator’s ability to access patient data from the radiology information system (RIS), HIS, and scheduling system, and the system’s ability to manage data distribution, work lists, and pre-fetches, for instance.

Adding further uncertainty to the PACS equation are trends in the PACS industry. Mergers and acquisitions are so commonplace, it is difficult to know whose systems will be supported a few years from now. Software, component technology, and storage media have been evolving rapidly, system architectures have changed, and interface solutions and standards are on the verge of another big leap. As product life cycles are now measured in months instead of years, it is questionable that anyone would want to operate on today’s computer technology 5 years from now.

Finance 101 has taught every CFO that capital purchase is appropriate when there is a high probability the equipment will be retained. Capital leasing is a good finance method in uncertain times if you want the end-of-lease buyout option. But equipment rental, even at a relatively high monthly cost, can be the best choice when users believe their needs, the technology, or the business environment may change significantly.

Technology obsolescence is a widespread concern, but solutions are elusive. The finance purchase, which works like a conventional loan or mortgage, does not solve this problem. This kind of loan typically assumes each phase of the computer system has a 5-year useful life. A financial plan must be devised so that 5 years of useful life can be obtained from the system after the final phase has been installed. If the system is installed in four phases at 1-year intervals, it is important to include the cost of upgrades at years 5, 6, 7, and 8. If, however, the system has only a 3-year useful life, it would be necessary to finance the system over a shorter period and include five upgrades to the system over a 6-year period (see Figure 1). In fact, the computer industry estimates the life of a computer today at 27 months or less. Any cost justification that does not include the cost of upgrades simply is not valid.

Service and maintenance are also major issues with PACS, and with information systems in general. Costs of maintaining systems and the labor costs to run those systems are increasing at faster rates than ever before. A recent article quoted 7.5 people available with the appropriate skill sets for every 10 information technology positions.1 And the more specialized they are, the less likely they will be utilized to their full capacity. Underutilization of highly skilled professionals is expensive and contrary to the essential purpose of PACS, which is to improve quality of service while making more efficient use of resources.

There is, however, another alternative. All of the major PACS vendors offer, or are preparing to offer, PACS on a fee-per-use, asset management basis. In addition, there are application service providers that will provide maintenance, support services, and financing for multi-vendor PAC systems.

Asset management is an invention of the Healthcare Financial Management Association (HFMA). Its purpose is to fix variable costs of ownership by paying on a cost-per-use basis. HFMA guidelines stipulate that an asset management program must include all service and maintenance, include upgrades to new technology, meet Federal Accounting Standards Board and Generally Accepted Accounting Practice criteria for an operating expense, and have payments tied to performance. The intent is to outsource the management of equipment assets, so that an institution can focus on patient care.

An article in the August issue of Forbes magazine described how this concept was applied in the airline industry to secure an exclusive contract to supply engines for the new Boeing 777X. The vendor won the highly competitive deal by offering airlines fixed-price off-wing maintenance, including spare parts, at a preset price of so many dollars per flight hour. The offer took the risks associated with the engine, which had a history of technical problems, and shifted it back to the vendor. In addition, the vendor will help finance development of the Boeing aircraft, sharing the risk of meeting performance guarantees but getting repaid as a share of revenues. In essence, it won the business by selling engine performance on an hourly basis rather than selling the engines as a hard product.

Fee-per-use asset management is also quite different from a lease. Although some vendors refer to their leases as asset management contracts, these terms are not interchangeable. A lease offers a variety of end-of-lease options, but total costs of ownership are still unknown and payments are not tied to performance. With a HFMA-compliant asset management program, PACS performance is evaluated quarterly by a third party, and any problems must be remedied by the vendor. The difference is in the contract language, and it all comes down to who bears the risk in areas that are variable or uncertain. Figure 2 compares characteristics of three different finance options.

Many PACS proposals that are cost justified by traditional methods are rejected by finance because of the risks associated with service and technology obsolescence, and the lack of assurance that the system will perform adequately to achieve cost savings and productivity benefits. Fee-per-use PACS includes the costs of service and upgrades in one cost per procedure, and provides leverage with the vendor to support the system for optimal performance.

For example, an institution performing 120,000 procedures annually spends an average of $27 per procedure for film, chemicals, processor maintenance and depreciation, and film handling and storage. (CT and MRI procedures are generally higher, other modalities somewhat lower.) With PACS it may project an 80% reduction in storage and supply costs, a 50% reduction in file-room full-time equivalent expense, and a 10% reduction in technologist costs, including overtime pay.

With these fairly conservative projections, a savings of $7.57 per procedure is indicated, bringing the cost per procedure down to $19.43. Then, if your fee-per-use payment is $9 per procedure, your total cost of ownership with PACS will be $19.43 + $9, or $28.43 per procedure. The CFO can now make a determination whether the intangible and strategic benefits are worth the $1.43 increase in cost per procedure (see Figure 3). The cost of capitalizing the system with upgrades would be considerably more than $171,600 or even $205,920 per year.

A typical fee-per-use contract for a PACS runs 60 months, and the cost per study is fixed for the term of the agreement. In a multiphased program, the cost per study is the same and the hospital pays for the number of studies actually performed per phase. If there is an upgrade, the fee per use remains; however, the term of the agreement is extended. For example, at month 30 of a 60-month agreement, a significant upgrade to the system becomes available and the institution chooses to install the upgrade. Month 30 becomes month 1 of the new 60-month agreement. The price per use remains the same.

The fee-per-use contract will require the institution to pay a minimum of 80% based on current procedure volumes. Projected usages and minimums are calculated by modality, so payments start out small as the system is implemented one or two modalities at a time, and increase incrementally as modalities are added to the PACS archive and distribution network. These volumes are also indicative of what the vendor provides in terms of hardware, software, and service/maintenance. If system downtime or degradation negatively impacts usage, the vendor will collect only the minimum. If the system performs optimally, and service quality and productivity gains translate into increased procedure volumes, the vendor collects a larger monthly payment. Or, if system performance falls below the functional requirements specified in the contract, the institution has the right to cancel and send the system back to the vendor.

If a proposal for an outright PACS purchase is blocked by the CFO on the basis of concerns about equipment obsolescence, perhaps alternate financing would be considered.

Gary Reed is president of and Deborah Hobe Reed is writer and consultant for Integration Resources, Lebanon, NJ 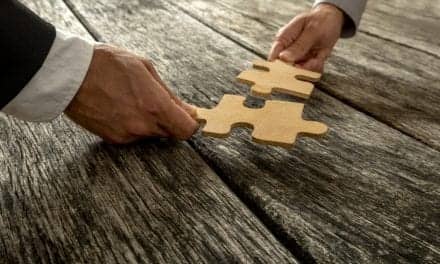 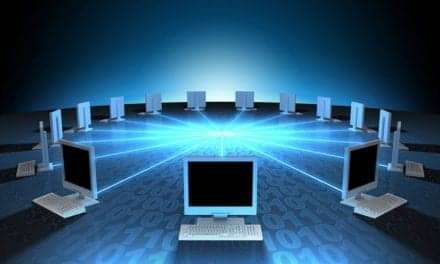