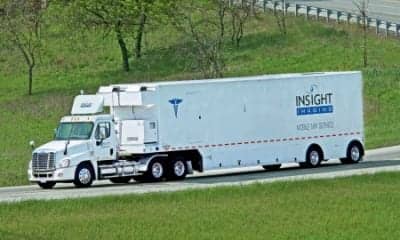 Although adding MRI capabilities at Lafayette Surgical Specialty Hospital (LSSH), Lafayette, La, has been part of the hospital’s business model since its inception in 2004, it wasn’t until this year that those goals became a reality. Through the selection of services from Insight Imaging, the hospital has a dedicated “mobile” MRI unit behind the facility—it stays planted at the facility 24/7—which has been scanning patients since January of this year.

“I’ve only been in the position for 18 months, but I think for the prior leaders in the organization, it never came to the forefront in strategic planning year over year,” said Buffy Domingue, CEO at LSSH. “It sort of has been presented at the front of what I think is most important on my plate in strategic planning with our board.”

Insight wasn’t always the hospital’s choice of vendors, however. As Domingue explains, LSSH had been close to signing a contract with a different mobile MRI vendor to supply the same services when they encountered an obstacle that could not be reconciled just a few months before the facility implemented the MRI solution.

“We started looking some more and were recommended to take a look at what Insight had to offer,” said Domingue. “We have been nothing but extremely pleased with this company since our contract began. They were very accommodating, over the top as far as coordination and giving us all of the tools that we needed to be prepared to see our first patient in January.”

Although LSSH cancelled their partnership with the other potential MRI vendor in November 2011, Insight was still able to install its solution at the facility and have it operational by January 2012.

However, Insight’s mobile MRI unit is not the final step for LSSH. The facility fully intends to install a fixed MRI unit in the next 18 months. The mobile solution was initially used to test the waters and evaluate whether a permanent unit would be profitable for the hospital.

“Our mobile solution is a temporary solution for us at this point,” said Domingue. “We wanted to make sure that it is highly utilized and successful with our entire hospital operation before we dove in to a higher investment. It is positively in our plan to provide a permanent and fixed solution going forward, probably over the next 18 months or so. We’re not certain whether that would include Insight. Of course, we’ve had those conversations with them and I feel very comfortable that they can be an integral part in converting to that fixed arrangement.”

If the hospital elects not to continue with Insight, it will not be because of dissatisfaction or a lack of quality. From the outset, which included the aforementioned compressed implementation schedule, Domingue says that LSSH has been pleased with all aspects of Insight’s offering, including support and, perhaps most importantly, image quality.

“We’ve had excellent feedback from our physicians and surgeons indicating that the quality of the images is the best that they have seen,” Domingue said. “They would have never known that the images were coming from a mobile unit.”

The most difficult aspect of the Insight installation, according to Domingue, was the connection of electrical and data systems to the unit. The hospital simply had to eliminate a handful of parking spaces behind the building where staff typically park in order to accommodate the unit. And Domingue believes that any concerns about patient experience or the atmosphere of the new addition are quelled by the hospital’s existing patient-centered design and the treatment of patients receiving MR scans—all patients are personally escorted outside to the unit after entering through the facility.

Whatever LSSH does decide on for the long-term, Insight has helped give the hospital the tools and experience needed to create a first-class MRI experience for its patients, both now and into the future.

“We really appreciate and respect the work that Insight has done for us and at our pace,” Domingue said. “We came to a major change in our decision on who the provider would be in probably late November. We had everything signed, sealed, and delivered with Insight by mid-January. Lots of people didn’t think that could happen, but lots of people did their part and made it happen, obviously including Insight. They did a fantastic job of putting everything together and making sure our implementation was seamless.” 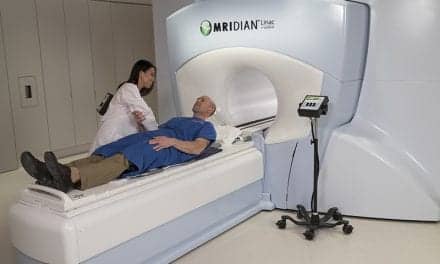 MRI-Guided Radiotherapy to be Highlighted at AAPM 2019 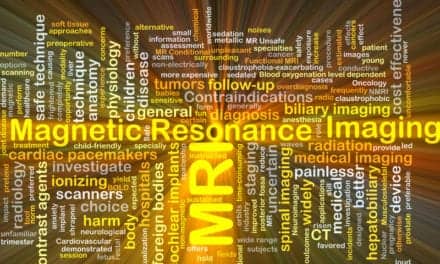