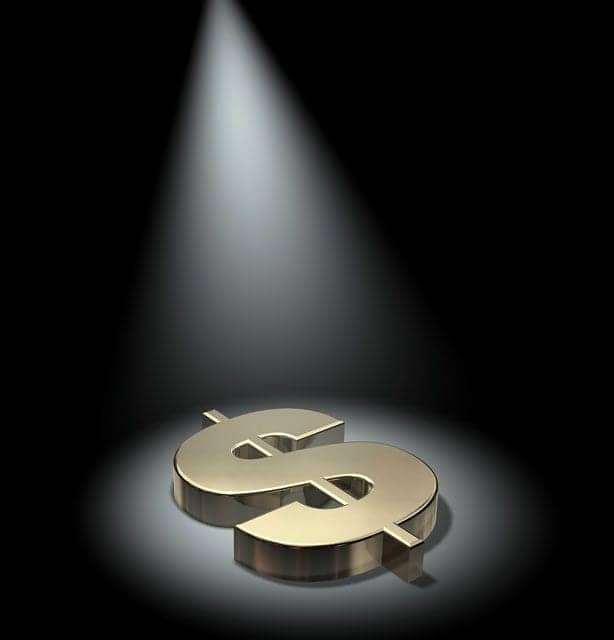 Experts say radiology adoption for Meaningful Use is still low, but the challenges for private practices continue to mount as CMS rings up the curtain on Stage 2.

When the Meaningful Use Stage 2 final rule came out last year, it included a provision that had serious implications for radiologists.

One problem with this exception is that CMS cannot grant it to any EP for more than 5 years, which means that any radiologist who takes advantage of the exception from 2015 to 2019 will start being penalized beginning in 2020.

Jim Whitfill, MD, is a chief medical informatics officer for Southwest Diagnostic Imaging, a Phoenix-based practice serving five hospitals and operating 22 imaging centers that, according to Whitfill, “did the math.” In so doing, the group decided it could wait until the Stage 2 rules came out to see what direction it wanted to go because there had been reports that there could be exemptions in Stage 2 that could affect radiology.  After all, he said, even if his practice waited until 2013 to go through its first reporting period, the loss of incentive money—though not trivial—wouldn’t really hit hard until 2014.

Whitfill said his practice decided that they could wait and have their first reporting period in 2013, lose some money, yet have a better sense of what Stage 2 was going to look like when the draft rules came out.

“So we watched and watched and when there was no further mention of radiology exemptions, we pulled the trigger,” Whitfill said. “The research we had done suggested we could add an ambulatory EMR and add it into our workflow, and we went on looking for the right vendor partner and looking at the right contracting options for that. “

But when the final Stage 2 rule came out including the hardship exemption, it put his practice in a “vexing” spot in the sense it had already done a lot of work preparing for Meaningful Use, he said. So the question became whether or not choosing the exemption made sense.

“Two things concerned us,” he said. “By the nature of the law, CMS is only allowed to give us exemptions for a limited amount of time—the law has to be rewritten for those to be permanent and we don’t know when and if that will happen. The other point is that [CMS] can pull these exemptions back at any time, and in fact they warned the community not to expect that they will be reissued every year. So that made us nervous.”

As Whitfill pointed out, the advantage of pursuing Meaningful Use early is to be able to use the incentive money to cover the expense of adopting new technology. So, he asked, what would happen if his practice chose to go the exemption route, went past the incentive phase of the program, and after 3 years those exemptions disappeared? “Then we’d have to buy technology and it would have to come right out of our pockets,” he said. “So we decided to proceed with the plans of implementing our certified technology and Meaningful Use in 2013.”

While Southwest Diagnostic Imaging decided to forego the exemption option, Advanced Medical Imaging Consultants in Fort Collins, Colo., went in the other direction.

“For us, like a number of other private practice groups, if we wanted to attest, we would have had to buy our own compliant EMR, implement significant workflow changes, monitor compliance in a complex environment, and interface with many other EMRs and other systems over which we have no control,” said J. Raymond Geis, a radiologist with Advanced Medical Imaging Consultants and chair of the Society for Imaging Informatics in Medicine. “My group staffs three relatively large tertiary care hospitals, and we also staff around 30 small rural healthcare enterprises, some small hospitals, and other physician offices or imaging centers, and those places have a wide variety of IT capabilities and expertise. Interfacing with all those is very complicated; that’s different from primary care providers who largely interface with one or two hospitals.”

In their situation, Geis said, waiting can provide benefits. For example, if a majority of clinicians his practice deals with adopt an ambulatory EMR, then, Geis explained, “one of the ways we can attest is to have access to those EMRs and use them to attest without going through a lot of workflow changes. We’re watching our base of physicians to see if this situation is going to occur.”

A disadvantage of choosing the exemption option is the obvious one that the practice sacrifices a significant amount of incentive money. On the other hand, once a provider attests for Meaningful Use, “you’re in the system,” Geis said. “When the Stage 2 or Stage 3 criteria come out and there’s something in it that’s going to be difficult to do, you just can’t step out of the program.

“So I think you can make an argument why you might take the hardship exemption and just wait and see,” he concluded.

Whitfill said that attesting to Meaningful Use was, for his practice, never really about the incentive money anyway. “Our primary goal was not make money off of this,” he said. “So what scared us [about delaying attesting for Meaningful Use] was not losing the incentives, but the penalties.”

Penalties, he pointed out, are uncapped so they can go as high as a provider’s Medicare charges, “so that really spooked us—you’re looking at perpetual 3% or 4% cuts in Medicare on top of the 30-plus% cuts we’ve already endured.”

Whether or not to choose to go the exemption route at this point in the Meaningful Use process depends on how risk tolerant or averse a provider is, said Whitfill. Right now, he said, the exemption provides protection against penalties, “but the thing we don’t know is how long those exemptions will last.

While there are challenges involved in moving up to Meaningful Use Stage 2, Michael Peters, director of legislative and regulatory affairs at the American College of Radiology, pointed out that based on the number of radiologists who began the Meaningful Use program in 2011 or 2012, only about 3,000 are now able to move to Stage 2 in 2014. So when he hears from radiologists about challenges relative to Meaningful Use, he still gets a lot of questions about Stage 1.

Furthermore, Peters said, “I think those in private practice who are moving up next year are very [Meaningful Use] savvy and able to learn the next set of requirements quickly.  A lot of those folks also know to contact the ACR, CMS, and/or their vendors if they have any specific questions.”

That said, those radiologists getting ready to move up to Stage 2 should have a plan of attack, he said, and, most importantly, should be touching base with their software vendors to make sure they have the technology they need to comply.

Geis agrees with Peters that the first thing radiologists moving up to Stage 2 should be doing is making sure their software is Stage 2 certified.

“It looks like the biggest EMR vendors are getting that done in a timely fashion,” Geis said. “I’ve heard anecdotal stories of some radiology groups using smaller EMRs that for one reason or another are having trouble getting the product certified for Stage 2, and then it may be difficult to install it in time for them to collect their 3 months’ worth of data. These groups are getting nervous right now. I think that’s something to watch over the next few months, because if they don’t have their certified EMR ready to install, that will be a big deal.”

“If your technology has not been appropriately certified by now, my guess is this will severely stress your MU plans for next year,” said Peters.

What are some of the other challenges radiologists could be facing as they head into Stage 2?

Peters believes the primary challenge for radiologists moving into Stage 2 will be the second measure of the Stage 2 core objective that requires that at least 5% of unique patients seen by the EP view, download, or transmit their health information to a third party. “Specialists like radiologists will have to be extremely creative to reach that 5% threshold,” Peters said.

Another challenge, Peters said, will be the Stage 2 menu objective for “electronic notes” that uses the concept of office visits in the denominator but does not offer an appropriate exclusion for “no office visits.”

“I have been told repeatedly by CMS that this will be addressed in a unique way that ACR recommended,” Peters said. “But we shall see.…”

While Stage 2 rules don’t require EMRs to store images, they do require that 10% of study images be accessible by a link. According to Ron Cornett, IT director of Radiology Ltd, a 10-location, 40-radiologist practice in Tucson, Ariz, this is one of the  “scariest parts” he faces heading into Stage 2. “How are we going to be able to help and support our referring physicians by getting reports and images directly onto their EMRs?” he asked.

Cornett said Radiology Ltd wanted to find a scalable solution that required no additional HL7 interfaces and would be easy to use by their referring physicians.

Last year Merge Healthcare announced it was creating a new electronic delivery solution called iConnect by partnering with Surescripts, and asked Radiology Ltd to help test it. The solution, Cornett said, is designed to work off the Surescripts e-prescribing network and enable imaging centers to provide reports with imaging links directly into their referring physicians’ EMRs.

Radiology Ltd performed the necessary system upgrades and began testing iConnect with Marana Health Center in Tucson. “There were a couple of bumps along the road, but now that we’ve got it working, we can deliver these reports directly into their EMR with an image link that can launch a clientless viewer,” Cornett said. “We’ve wanted to do this for practical reasons for quite some time because we know our product is the report and images, and if we can get them into the system that the referring physicians are used to working on, we know there’s a higher chance of them continuing to order their exams from us.”

For other practices looking toward Stage 2, Cornett said that if they haven’t started preparing yet, “start now.”

“We started planning for this 3 months ago—asking ourselves what’s in Stage 2 and how we’re going to meet it,” Cornett said. “You need to work closely with your vendor to make sure that they not only can meet the Stage 2 rules, but meet them in an efficient manner.”

Michael Bassett is a contributing writer for Axis Imaging News. 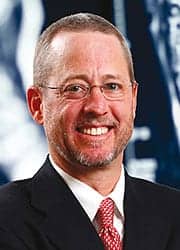 Commitment in the Face of Change