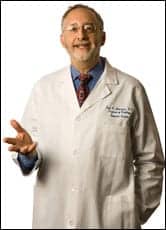 MD Anderson is launching an on-demand video podcast service that will enable radiologists to see and watch lectures and to earn CME credits in oncologic imaging.

Radiologists have many choices for continuing medical education (CME). While the subjects and course locations can vary, CME classes specifically dedicated to oncologic imaging are more rare. When there is a course, space is limited and not every physician in a practice can get away at the same time. This year, however, the University of Texas’ MD Anderson Cancer Center in Houston will launch an online video podcast portal that will give radiologists—from anywhere in the world—access to oncologic imaging CME courses with a multidisciplinary approach.

Paul M. Silverman, MD, professor of radiology, Gerald D. Dodd Jr distinguished chair, and founder and director of academic development for diagnostic imaging at MD Anderson, dedicated his sabbatical to developing the new site with a team of information technologists and other MD Anderson faculty.

In his postsabbatical report to MD Anderson, Silverman wrote, “Newscasts, recently aired television shows, specials, and even university lectures have migrated to the digital world taking on the appearance of audio, as well as, most recently, video podcasts. … It is my feeling that this new technology can be successfully harnessed to educate physicians in medicine, specifically radiology, and most specifically oncologic imaging.”

In an interview with Axis Imaging News, Silverman further explained, “There were postgraduate courses on a whole host of subjects throughout the country in radiology, but there really weren’t any consistent courses on oncologic imaging like there were on abdominal imaging, thoracic imaging, musculoskeletal imaging, CT, or MRI. Since we do oncologic imaging 24/7, my idea was to provide for the greater radiologic and oncologic community, primarily in busy private practices, courses in education—specifically in cancer imaging—which was a niche that had not been filled.”

MD Anderson has been offering CME courses for several years, but the material was available only to physicians who traveled to its postgraduate courses not on a public Web site until now.

Silverman and his MD Anderson team first conducted live courses in 2003 to local Texas radiologists who wanted to hone their knowledge in cancer imaging. Eventually, he launched his courses nationally, including Washington, DC, Boston, and Philadelphia. An international course is planned for Chile in March 2009.

But Silverman’s idea was not simply to offer a CME course in oncology imaging; rather, he wanted to give radiologists a multidisciplinary perspective of cancer imaging. So he invited surgeons to gain their perspective on aspects of oncologic imaging and identify the information that could alter their surgical decisions. The course format now includes: multiple radiology lectures followed by a lecture from a surgeon on “What the surgeon needs to know from the radiologist,” which is immediately followed by a panel discussion, allowing radiologists “face time” with top cancer surgeons.

Silverman believes that this multidisciplinary approach to oncology imaging is extremely valuable, not only to surgeons, but also to radiologists and, most importantly, patients. As a faculty member and patient, he has the perspective of being on both sides of the health care delivery system at MD Anderson.

“If the radiologist learns to interpret the exam specifically and look for critical features that may change therapy,” he said, “they’re going to be much more valued as critical members of the team than they would have been in the past, because now they have the surgeon’s ear. The surgical presentations make it clear what findings are important to them: ‘This will make a change in therapy, this is not so important, this will not change our therapy, and this is what you need to include in your report.'”

In his postsabbatical report, Silverman wrote, “I believe it is our responsibility at MD Anderson to promote oncologic imaging with a multidisciplinary approach. To this end, education using the most current learning technology is critical to capture radiologists’ attention.”

With his mission in hand, Silverman assembled a team to find the best way to record these multidisciplinary lectures and make them available through a low-cost Internet portal.

Although video podcasts are common today, recording and presenting live lectures in an effective, user-friendly format were not as simple as setting up a video camera. Silverman wanted these lectures to be high-quality presentations that radiologists could truly use to enhance their oncologic imaging reporting skills. A poor presentation with poor or unsynchronized audio would distract from the material or, worse, give ambiguous information. He also wanted to make sure slides of radiographs, word slides, animated materials, and movies were of the highest quality.

Silverman’s team initially tried several ways to present previously recorded material. Simply marrying the speaker’s raw PowerPoint presentation with a separately recorded audio track did convey the basic information. However, if a recorded speaker had been more specific and, for example, moved a cursor around a particular radiograph, the podcast viewer would not see that cursor movement; instead, the viewer could see only the original static slide.

Somehow, Silverman needed to find a way to simultaneously capture the audio and the visual component of the entire lecture, including intraoperative videos, radiographs, or cursor movement. His team considered videotaping lectures, but the video and audio quality turned out poor and was inflexible.

Finally, Kelly Duggan, administrative manager of imaging photography in the division of diagnostic imaging, developed a solution. He put together commercially available hardware and software in a manner that allowed for digitally capturing the visual information and cursor movement from PowerPoint, videos, etc, while simultaneously capturing the live audio as well as the entire video experience.

The result is a video podcast that gives viewers a seamless experience mimicking that of being at the conference without travel and the significant expenses incurred, not to mention arranging time off from busy practices. While there are no talking head images of the speaker, the viewer is able to clearly see each PowerPoint slide, radiograph, diagram, and intraoperative video along with real-time cursor movement as the speaker is talking.

“It’s just as if one would go to iTunes or MSNBC and watch Brian Williams on the news,” said Silverman. “You go there, you click on the title, and can see and hear the exact video lecture with slides, images, pictures, and movies that show the actual surgery.”

For those who want CME credit for viewing these lectures, many videocasts have five questions at the end of each 30- to 45-minute module that will qualify the viewer for CME credit if 80% of the questions are answered correctly.

A Comprehensive Knowledge Base

Currently, video podcasts are available exclusively on the MD Anderson intranet. When the Web site is fully live and open to the greater medical community, Silverman envisions it as a comprehensive source for oncologic imaging CME. Most MD Anderson lectures are routinely being recorded with this new technology and are being made available as a CME course or as a visual reference material.

“It’s going to be a dedicated site that has numerous lectures on many of the cancers that radiologists will encounter in their practices,” he said. “From head and neck cancers, lung cancers, cancers of the abdomen, including liver cancer, renal, pancreatic, and all the major sites of cancer. It will also be unique in that you won’t find [other courses having] radiologists and surgeons working as a team in our multidisciplinary approach.”

Eric P. Tamm, MD, associate professor of diagnostic imaging at MD Anderson, has viewed some of the lectures on a number of platforms, including an Apple iTouch, the larger screen model of the iPod and PDAs.

Tamm stated, “We have a great program of lectures here that are generated by our own faculty, both inside and outside the department. For us, it’s very helpful for faculty outside the department to come in and give us some feedback as to what they do, what they find helpful, what kind of information we can provide for them, and where they are going in terms of future development. But we can’t always attend all of those lectures.” This is where viewing “on-demand” gives a TiVo experience.

Reaching Across the Globe

When it first began offering its seminars, the courses were available only to the MD Anderson community and physicians in the surrounding area. However, with the anticipated launch of the video podcast initiative, MD Anderson will be able to educate physicians at their own center, across the United States, and across the globe.

Over the years, it has become Silverman’s passion to help MD Anderson’s sister institutions have the best care for their patients.

Silverman explained, “I’ve visited these places and they really want to have the same kind of care as we can provide at MD Anderson. So, one impetus for creating this Internet site was so that people could log into it from our distant sister institutions and share the exact information and interaction that goes on here between our surgical experts and our radiologists, and other important information that they often request from us.”

As for the user experience, Tamm has personally sampled lectures on his workstation at MD Anderson. “I have to admit, even blowing this up on a large, 30-inch HD monitor, I was pretty impressed,” he said. “There may be a little bit of compression artifact at that extreme degree of magnification, but it’s very, very slight. The lectures are of great quality.”

Silverman’s team is also experimenting with compressing the data enough to be seen on an iPod. Tamm has seen a lecture on several mobile devices, but he believes that the series would best be suited for larger screen PDAs such as an Apple iTouch or iPhone.

For now, Tamm said he would most likely view the courses at home or at work, but he believes that the younger generation of radiologists might choose to view the lectures on portable devices while on a mass transit commute, or at the airport or on a plane trip, for example.

He said, “If I were a resident studying for the boards and I had some downtime, I could easily just pull out the iPhone, plug in the head phones, and watch.”

As for the cost for the new service, Silverman said that details were still being worked out, but he expected that users would be able to subscribe to the entire video podcast library and CME courses for a fee of around $199—a fraction of the price for many radiology journals. An exciting aspect would be that the site would continue to grow with new lectures being continually added.

Once logged in, the subscriber will be able to pick and choose from the library of lectures and CME courses and be able to watch the segment during a break at work or on their own time at home. There are currently no indexed book marking functions within each module, but users will be able to pause, rewind, and fast forward.

Presently, the CME courses and other digital media lecture materials are available exclusively to MD Anderson faculty on the center’s intranet. Silverman estimates that the subscription service will be open to the rest of the medical community this summer or early fall.

After the Internet site is fully implemented, Silverman hopes that these multidisciplinary lectures and CME courses will foster more communication between radiologists and surgeons, and other clinical colleagues such as medical oncologists and radiation oncologists, as he adds their contributions. 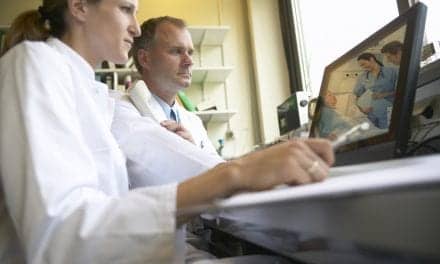 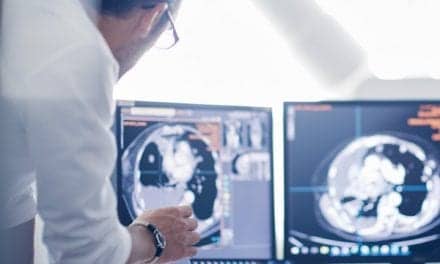