How Radiologic Findings Correspond with Mortality in COVID-19

CT scans are one of the leading methods of identifying the changes that infection with the novel coronavirus SARS-coV-19 can cause in a patient’s lungs. In order to aid treatment decisions, however, physicians need to be able to predict which patients face a greater risk of mortality.

To identify factors that might influence a patient’s prognosis, a team of researchers examined the CT scans of 27 consecutive adults (12 men and 15 women, median age 60) admitted to the Central Hospital of Wuhan, Hubei province, China, with a diagnosis of COVID-19. Of the 27, 17 recovered and were discharged and 10 died in the hospital.

The researchers scored each patient’s CT scan based on the severity of abnormality in each of six separate zones, for a total scoring system of 0 to 72, with the higher number being more severely affected. They scored based on observed features such as ground glass opacity, abnormality on both sides, and widespread distribution of pathology in the lungs. Those with higher scores—indicating more severe changes, affecting more areas of the lungs—were more likely to die—the average score of patients who died was 30, compared to 12 in patients who recovered.

Other factors were found to affect mortality as well: Patients with underlying health conditions including hypertension, diabetes and cardiac disease were more likely to die of the virus than patients without such comorbidities, and older patients were also more likely to die, though there was no difference between genders.

“This study allows us to compare radiologic findings with the mortality of patients infected with COVID-19,” says Mingli Yuan, MD, who conducted the study, which was published March 19.

Read the study in PLOS One.

Featured image: Comparison of CT images between survival group and mortality group. CT images of a 76-year-old woman from survival group showed pure ground glass opacities with predominant peripheral distribution in middle and lower lung zones (A-C). Air bronchogram, together with extensive of consolidations and ground glass opacities were found in the CT images of a 72–year-old woman from mortality group (D-F). Credit: PLOS One 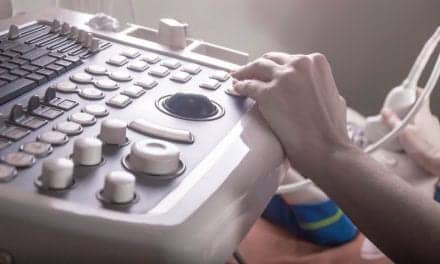