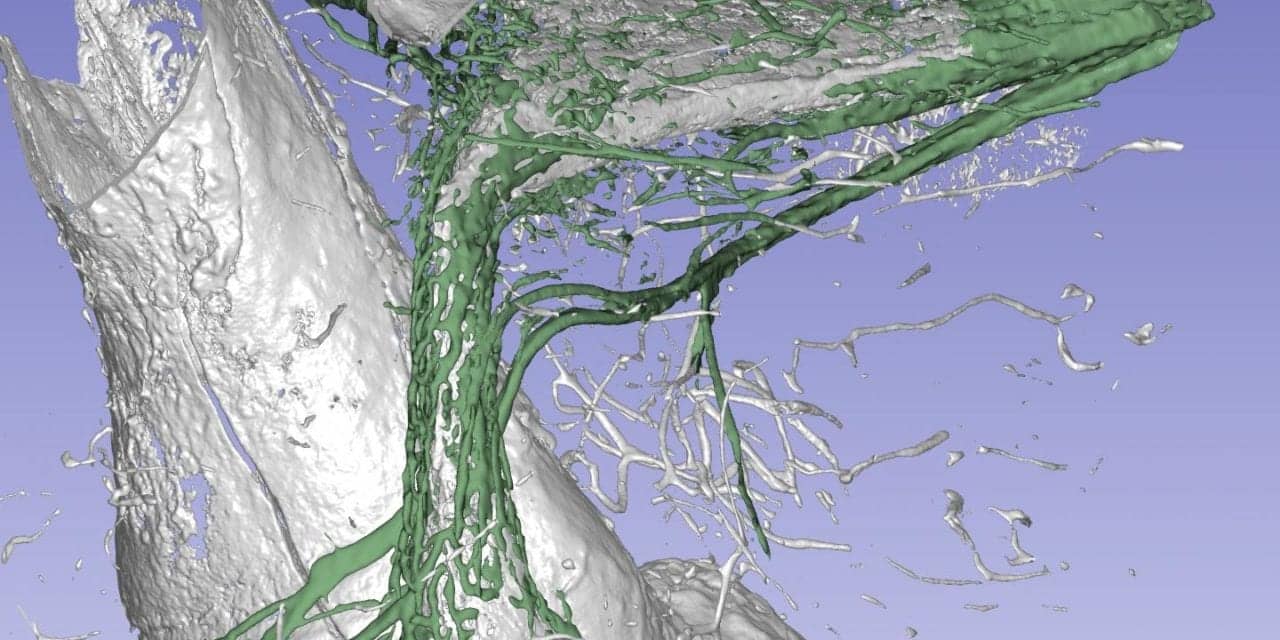 The organ of balance in the inner ear is surrounded by the hardest bone in the body. Using synchrotron X-rays, researchers at Uppsala University have discovered a drainage system that may be assumed to play a major role in the onset of Ménière’s disease, a common and troublesome disorder.

Ménière’s disease is manifested in sudden onset of severe dizziness (vertigo) attacks, hearing impairment, and tinnitus. Accumulation of excess fluid in the inner ear is thought to cause the disorder, from which approximately an estimated 30,000 people in Sweden suffer.

The researchers behind the new scientific article have investigated the organs in the human inner ear, which are very difficult to study. This part of the ear is enclosed by the body’s hardest bone. Using synchrotron X-ray imaging, an advanced and powerful form of computer tomography (CT), the scientists were able to study the organ of balance with its surrounding blood vessels. Since the technology generates energy too high for use on living humans, donors’ temporal bones were used.

The images of the inner ear were reconstructed to make a 3D model in the software. Inside the hard bone, the researchers discovered a drainage system that is thought to explain how the fluid in the inner ear is absorbed. This discovery may bring about an improved understanding of how and why Ménière’s disease arises.

Find the study in Scientific Reports.

Featured image: A synchrotron X-ray of the balance organ of the human inner ear shows a kidney-shaped canal with a diameter of just approx. 0.5 mm. The inner ear has been reconstructed three-dimensionally in a computer program, and the surrounding bone has been made transparent. The green-colored vessels surrounding the canal are thought to absorb and clean the fluid in the inner ear. It is believed that disruption of this function may cause Ménière’s disease. Courtesy, Nordström et al., Uppsala University